The Campaign is OVAH!

…But the Adventure Never Ends

‘Return of the Tyrant’ is an AD&D 2nd edition game played via Skype and the Roll20 virtual tabletop on Friday evenings.

The setting is Hyspero, a homebrew world that rests in a comfortable middle ground between high and dark fantasy. ‘Return of the Tyrant’ focuses on a war-torn region in northern Hyspero known as Tûrin (formerly Volkstadt). The characters are a crew of misfits and miscreants (sometimes known as the Company of the Tattered Cloak) out for revenge, mayhem, and evil-doing. And stuff. Because they like stuff.

Interested in joining? More information can be found in the wiki. Be sure to check out the house rules and the history of the region sections.

Return of the Tyrant hallion 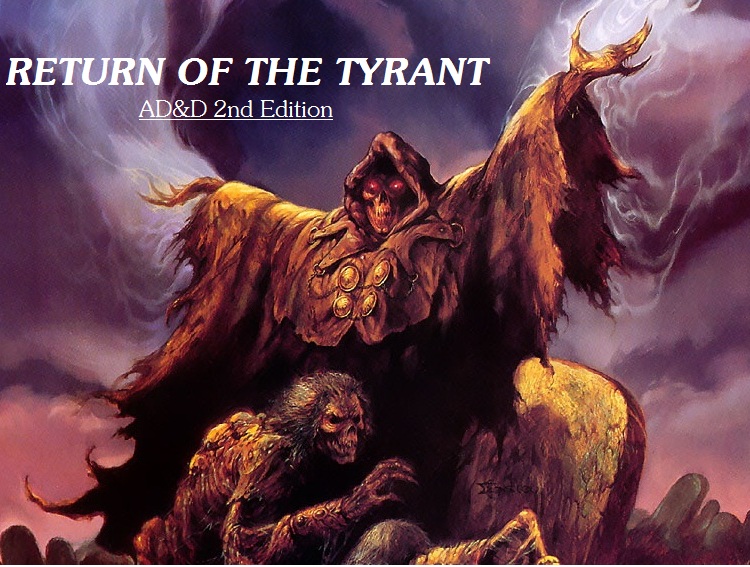 Return of the Tyrant Comments

I evidently cannot manage to post anywhere but right here, what the ####. I did via email thread, twice! Where they went? I have no clue. And I have no updated posts on here, the last update (according to my page anyway) is by Haylee 6 days ago! I have questions so I might as well post them here in hopes they might be seen.
Karishma is a bard with the gypsy kit. So does that mean I have access/ability in addition to that kit? Including all regular bard abilities? (ie:bard song is not in the Gypsy kit is why I thought I didn’t have it. I have signing as a proficiency, but that says so that I may earn a living. …)
We’ll leave it at that for now, until I can manage to post in a normal area. Sorry about my odd placement for the moment.

I'm sorry, but we no longer support this web browser. Please upgrade your browser or install Chrome or Firefox to enjoy the full functionality of this site.